Apple has created an all new simpler,sleeker,faster user interface with iOs7. All the features you have come to know and love are in iOs7 as well as tons of new and exiting ones. The noticeable differences are flat one dimensional icons and transparent layering. A new approach to animation and motion amplify the user experience and makes simple tasks more engaging. We will no doubt be following the Apple lead in developing our own Savant user interface taking cues from what Apple has done and implementing those ideas into our systems. Be sure to click on the link to learn more about the new iOs !

Learn how Apple being the heart of every Savant system makes your modern lifestyle…just work.

Apple’s renowned operating system, OS X®, has been the driving force behind every Savant SmartSystem shipped since we first opened our doors. While other competing control companies claim to offer tight interoperability with Apple products, Savant goes beyond just integration. Savant provides a complete homeand commercial control, automation and entertainment product line built on an Apple platform, providing users with an unmatched level of responsiveness and a rich line of customizable iOS user interface options.

Think about it…with Savant’s iOS home automation and commercial control Apps, you have a command sequence where one Apple device is communicating directly to a OS X computer (Savant Host Controller) delivering a seamless, rapid and stable control connection.

An additional Mac mini (Savant Host Controller) can be included to any install to provide zero-latency redundancy.

No longer will customers have to rely on automation products that possess a significant and costly gap between hardware and software. And, that have a strong dependence on pricey 3rd-party programmers and set-up experts for control activation.  At the core of every Savant Smart Home control or commercial installation is a reliable and maintenance-friendly open platform combining the most advanced and revolutionary media and computing products from Apple, and a breakthrough configuration and control software called RacePoint Blueprint.

Without the need to write a single line of code, Savant’s pioneering Blueprint software solution configures and controls any AV component or sub–system in a fraction of the time it would take to program competing AV control systems.  Built upon Apple’s latest OS X, Blueprint provides the CE, CEDIA, and commercial channels an intelligent solution that overcomes the lack of standards in the industry and the complex nature of integrating various audio/video and environmental sub-systems.

As the industry’s most heralded and attractive iPad, iPhone, and iPod touch App,Savant’s TrueControl® solution creates a two-way control scenario where you have one Apple machine speaking to another (iOS device to Savant SmartSystems Host), providing customers with the fastest performing and quickest response time of any competing automation app. Learn More…

Home and business control from a world away
Savant Mobile is a remote access feature included with the TrueControl App, providing you with full two-way control of all the features and services within yourSmart Home from anywhere in the world (Wi-Fi, 3G data connection).

Total user experience customization
From TrueControl to TrueImage, your iPad or iPhone can be completely tailored to meet the individual control requirements of each user. Savant empowers you to create your own personal automation experience with user-changeable and defined backgrounds, icons, control categories and channel favorites. More advanced customization of your smart home and commercial control app can be accomplished by your Savant authorized dealer.

Media Docks
Any iPhone or iPod touch becomes an active media player within your smart home system.  Simply connect your iPhone or a guest’s iPod touch to a Savant Media Dock, and the media content loaded on each device can be distributed to any room achievingwhole-house audio and video distribution. Learn More…

iTunes Match is a subscription service available from Apple that, via compatibility with the Savant environment, enables users to automatically sync music and playlists between their home
computer, any compatible iOS devices and their Savant system. This means that both transfer and access of music files has been made dramatically easier, including music purchased from iTunes®, CDs imported from a personal collection, or purchased from another online service. Subscribers will benefit from a seamless interface—playlists from computers or iOS devices will automatically sync to iCloud®, making their music library available to them at multiple residences and eliminating the chore of manually updating your collection in each location.

Working in conjunction with the Host Controller, all of Savant’s intelligent AV control SmartSystem boast an integrated iTunes-based digital media server providing a familiar digital jukebox experience. All of the family’s favorite music, movies, television shows, and more can be securely stored, quickly accessed, shared, displayed, and selectively distributed throughout the smart home— up to four independent and simultaneous iTunes media streams to any area in the home, seamlessly providing whole-house audio distribution. 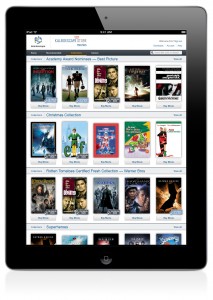 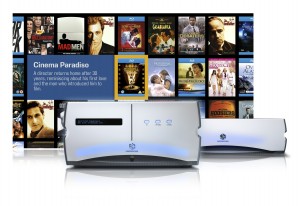 Purchases include UltraViolet™ rights to provide viewing on portable devices

SUNNYVALE, CA – May 1, 2013 – Kaleidescape, Inc. today announced the debut of the world’s first Internet delivery of Blu-ray quality movies. Now Kaleidescape owners can easily download movies from the Kaleidescape Store with audio and video quality equal to Blu-ray Disc™ and enjoy hours of special features and bonus content.
The Kaleidescape Store is fully integrated with UltraViolet, the home entertainment industry standard for movies in the cloud. Once a movie is purchased through the Kaleidescape Store, that title can be automatically added to the customer’s UltraViolet account, and then viewed through any participating UltraViolet retailer service, including Flixster. Kaleidescape customers can seamlessly access their UltraViolet movies through the Flixster app. With tens of millions of downloads to date, Flixster is one of the most popular online destinations for discovering and accessing entertainment, and UltraViolet playback is compatible with hundreds of millions of tablets, smartphones, game consoles and connected televisions and Blu-ray players, as well as with PCs and Macs.
A beta version of the Kaleidescape Store opened in December 2012 with content from Warner Bros. Home Entertainment, enabling the download of movies and TV shows in DVD quality. In addition to providing the latest new releases, the Kaleidescape Store provides a powerful discovery platform, helping customers discover great films for their libraries, regardless of release date. In addition to an innovative “complete my collection” feature, the service also provides movie recommendations from noted film critic Leonard Maltin.
“The new Kaleidescape Store makes it easy for our customers to discover, purchase and enjoy great movies over the Internet without compromise,” said Michael Malcolm, founder, chairman and CEO of Kaleidescape. “People want to own the movies they love for viewing for years to come in the best quality possible, and this is the first service to enable such content to be delivered electronically. We already have seen a great response to the Warner Bros. library during the beta launch of the Kaleidescape Store, and we are looking forward to providing customers with these new capabilities.”
“Flixster is thrilled to be providing Kaleidescape customers with an easy way to enjoy their UltraViolet movies on mobile devices,” said Joe Greenstein, Co-founder & CEO Flixster, Inc. “Customers can stream titles on a wide variety of tablets and phones – or download them for viewing later in the car or on a plane. This is very helpful for parents who travel with children.”
The Kaleidescape Store brings the highest standard of content into the home with just a click of a button. Movie lovers will now enjoy:
Blu-ray quality content with video resolution up to 1080p/24 and Dolby TrueHD and DTS-HD Master Audio lossless soundtracks;
Easy upgrade of DVD quality content to Blu-ray quality content for just $6.99;
Automatic UltraViolet rights for both new purchases and titles acquired during the beta period, with mobile playback from the Flixster app and website;
Bonus features including director’s commentary, alternate endings, deleted scenes and documentaries;
Clear indication of titles the customer already owns on DVD or Blu-ray Disc while shopping;
Easy purchase of related titles with the unique Buy all button;
A single manageable library for viewing their entire collection of existing Blu-ray Discs, DVDs and newly downloaded titles;
Rotten Tomatoes® movie ratings and reviews included for each title while shopping.
Downloads that equal DVD quality are also available, which are particularly important for titles that are not yet available on Blu-ray.

About Kaleidescape
Kaleidescape is pioneering the development of movie servers that redefine how film enthusiasts purchase, organize and enjoy their movie collections. Featuring a breakthrough user interface that gives viewers unprecedented flexibility and control over the movies they watch, the Kaleidescape System makes it easy for customers to select and enjoy films from their entire collection of DVD, Blu-ray and downloaded movies from any television in the home. Founded in 2001 and headquartered in Sunnyvale, California, Kaleidescape sells its products through custom installation dealers and distributors throughout the world. For more information, please visit www.kaleidescape.com.